Dinny was born near Mt Allan around 1925. Some of the artists earliest memories reflect the horror of surviving the Coniston Massacre, an event that occurred in 1928. After spending many years working as a stockman across the Territory, Dinny arrived in Papunya in the early ’70s. As a senior custodian for the Warlpiri people, he is officially recognized as the leader of rainmaking and Water Dreaming ceremonies. He paints the bodies of the participants and is well known for his powerful singing during these ceremonies. He is the cousin of Clifford Possum and Billy Stockman Japaltjarri, and brother to Kappa. With such influential family members, his potential and talent as an artist were highly predictable. In 1977 he travelled to Melbourne as one of the artists featured in the Papunya Tula exhibition at the Realities gallery, it was then decided by the National Gallery of Victoria to use one of his designs for a stained glass window in the gallery. In 1981 Dinny visited Sydney with Paddy Carroll, they constructed the first sand painting ever seen outside of Central Australia. In 1988 he and Maxie Jampitjinpa were artists in residence at the Wagga City art Gallery. The Dreamings he paints include Water, Rain, Willy Willy, Bush Turkey, Emu, Goanna and Bushfire. In 1991 Dinny travelled to the U.S.A. with Paddy Carroll to tour various colleges and Native American communities. His work is exhibited in many public and private collections around the world including the National Gallery of Australia Canberra, Holmes a Court Collection, University of WA Anthropology Museum, National Gallery of Victoria, Aboriginal Art Galleries of Australia, Art Gallery of WA, National Museum of Australia Canberra, Victorian Museum, Artbank, Jinta Desert Art Gallery, and Aboriginal Desert Art Collection. He is regarded as one of the old masters of Aboriginal art from the Central Desert of Australia and his works are always in constant demand by principal art collectors. 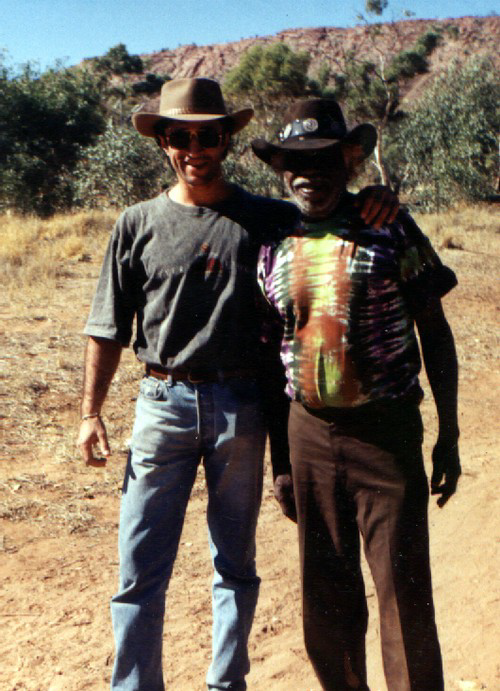