Makinti Napanangka was born c 1930 in the Lake MacDonald region (Karrkurritinytja). She is a Pintupi speaker and began painting in the mid-1990s. Makinti's work incorporates designs associated with the travels of the Kungka Kutjarra (two travelling women). These women travelled across the desert during the Dreamtime and feature in many stories painted by the Pintupi, Warlpiri and Pitjatjantjarra groupings. Makinti shows us the nomadic travelling lines and also depicts in her work the swirling hair string skirts worn by women during ceremonies.

Makinti, with her distinctive style, was rated as one of the 50 most collectable artists in Australia in the March 2003 issue of "Australian Art Collector" magazine. She has participated in numerous group exhibitions including “Papunya Tula: Genesis and Genius” at the Art Gallery of New South Wales, 2000. Her work is represented in many major public and private collections in both Australia and overseas. 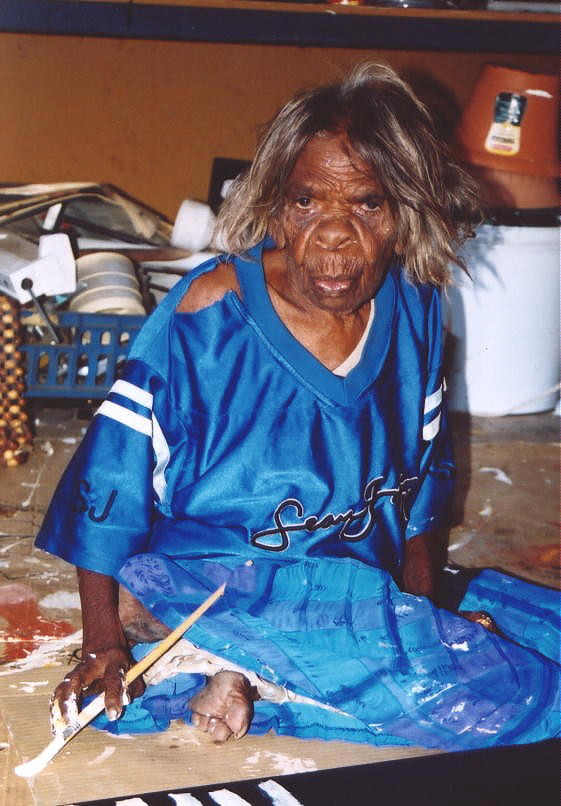